I look at a lot of websites that deal with Victorian London. Most of them are blogs, while others are instructional or educational. Either way, you can come across some pretty cool information. And so, a few years ago I discovered cabmen's shelters.

Cabmen's shelters, also known as Green Cabbie Huts, were specifically made as rest areas for cab drivers. Some had a small kitchen inside, but nearly all had coffee and snacks. They all had tables for multiple people, and a fresh stock of the day's newspapers. Basically they were home away from home for the drivers. And as you can see from the advertisement to the left some were often built with other necessary actions in mind.

The purpose for them were to be rest stops for cabbies who worked very long days. The original idea was born when an upper crust gentlemen sent out a servant to find a cab. The servant found a large number of inebriated cabbies in a local bar, totally unfit to drive. The gentlemen came up with the idea for a place for the cab drivers to gather that kept no alcohol. Between 1875 and 1914 61 were built around London. They were constructed to be only the size of a carriage since they were often in the middle of main streets. That idea was somewhat negated if a dozen or so cabs were parked outside and taking up a lot of room. And since by law the cabbies couldn't leave their cabs there and go somewhere else, the area could get clogged up. (This photo here is obviously a later one as you can see an automobile parked among the cabs.) 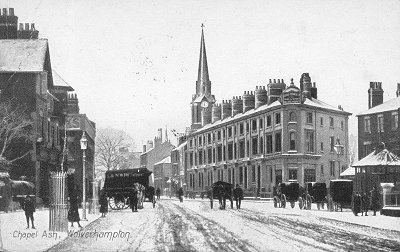 I am somewhat surprised that one of these doesn't appear anywhere in The Canon. It seems like the sort of regular everyday thing a Londoner would deal with, including Holmes and/or Watson. But, nowhere is one mentioned. I remember that I was doing research for a paper about Holmes when I come across a photograph that had one of the shelters in it. I didn't know what they were or what they were called, but more research led me to the proper name, and for some reason I developed a bit of a fascination for them. This is the actual picture I saw that piqued my interest.

The idea eventually spread to other parts of the world. Australia built some of their own, and Ireland did, too - the most famous of which was located at Butt Bridge in Dublin. That shelter was featured in a rather lengthy scene in Ulysses by James Joyce. The only other claim to fame for them is that it's possible that Jack the Ripper himself may have visited one using an alias. (Hell, it could have been his real name. No one really knows.) Outside of these two times you really won't find much about them in popular literature. 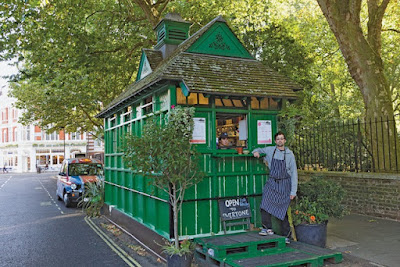 people were taking trains or trolleys, bicycles were getting to be more popular, and when the automobile arrived it was basically the end of the need for nearly all of the buildings. Most were torn down, but some became storage sheds for the highest bidder. Strangely, others had people move into them to use them as a place to get away from it all. In the end there were 13 left standing. They were kept in decent shape for the most part, and ultimately a fund was set up for their restoration and upkeep. Now they have become tourist destinations in modern-day London, and a good number of them are refreshment kiosks or diners...still specifically for cab drivers.

The thirteen remaining shelters are scattered all over the city. Here are the locations: 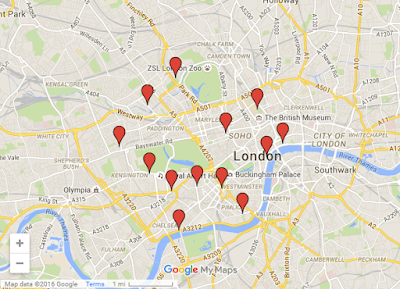 Chelsea Embankment SW3 - close to junction with Albert Bridge, London
Embankment Place WC2 - close to the Playhouse Theatre
Grosvenor Gardens SW1 - to the west side of the north gardens
Hanover Square, London W1 - on the north side of the central gardens
Kensington Park Road W11 - outside numbers 8-10
Kensington Road W8 - close to the junction of Queen's Gate SW7
Pont Street SW1 - close to the junction of Sloane Street
Russell Square WC1 - Western Corner (relocated to here from Leicester Square)
St. George's Square, Pimlico SW1 - on the north side
Temple Place WC2 - opposite side of the road from the Swissötel Howard
Thurloe Place, Kensington SW7 - in the middle of the road opposite the Victoria and Albert Museum
Warwick Avenue, London W9 - centre of the road, by Warwick Avenue tube station
Wellington Place NW8 - near to Lord's Cricket Ground

That last one, at one mile away, was the one that (I believe) was the closest to 221b Baker Street. If I ever get to London it is the one I want to visit.
These little buildings have an interesting history. There are stories to be found about them all over the papers of the day, and it makes for a fun afternoon of research if the mood should strike you. If you decide to do so just remember that there were over 60 of them. Plan accordingly.
Posted by Historical Sherlock at 4:28 PM 1 comment: