Talk About A Crappy Subject!

I know I've mentioned it before, but I am fascinated by what Holmes and/or Watson would have seen in their everyday lives in London. Anytime I found out about a new something-or-other I jump on it. I mentioned one of those things in my last blog post, and now I'd like to expand on it.

I came across an article about this just by happenstance. (That happens a lot.) It was about stink pipes. Yep, stink pipes. These items were installed all over London to help bleed off some of the terrible smell that the less than adequate sewer systems emitted. In 1858, the year of the Great Stink, a gentleman by the name of Sir Goldsworthy Gurney (a definite candidate for best English name ever!) came up with the idea while he and another engineer, Joseph Bazalgette, were working on fixing this horrendous problem. They were placed at strategic spots along the main sewer line, and worked like a dream. Not only did they take care of some of the stink, they also bled off the dangerous gasses that built up in the lines, and that kept explosions at a minimum.
One of the better stories about them, if that's possible, is how the Clock Tower (where Big Ben is) was actually used as one during the early days of the idea, but I'm saving that for a later post. 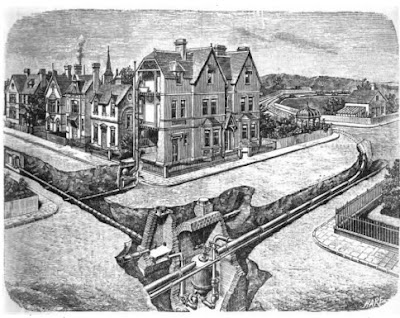 Hundreds of these stench poles went up, and a lot of them survive today. There's even a dedicated group who are doing their best to see that they are preserved as a relic of the past. Most of the ones that remain are now capped. Not all, but most. Some even had light fixtures placed on top of them. A good portion of them could not be used for light fixtures because of their size. See, there were only two specifications for them: they had to be hollow, and they had to have an opening in the top. That's it. Judging by the pictures I've seen of these things, it appears that many different companies made them, and the styles ranged wildly. I've seen pictures of ones that were only about eight feet tall, and others that were upwards of thirty-five. Some were ornate, some were plain. Some had the manufacturers name put on them, others did not. Some were fat pipes, some were skinny. In fact, in doing research for this I never saw two just alike. Here's a picture from Wolverhampton of a rather plain tall one and then one from Kennington Road that is considerably shorter but more ornate. 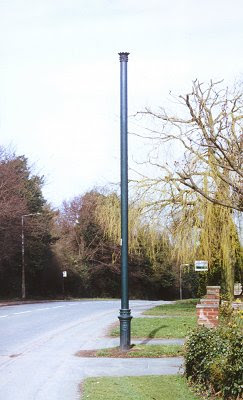 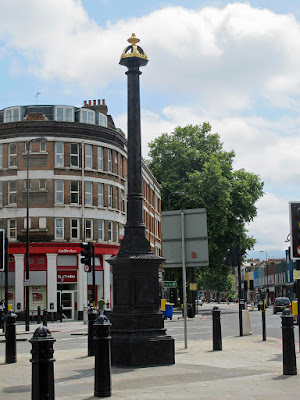 Now, you might be wondering why I didn't post a picture of one from the time of Holmes and Watson. Well, it's because I can't find one. I'm sure they're out there, but I had no luck in the literal hours I looked trying to locate one. In fact, the earliest confirmed pics I could find were the two below. The first one is from 1927 and is from Fishbourne. This particular pipe had a weather vane attached to its top. The second one is from Brunswick in 1928. 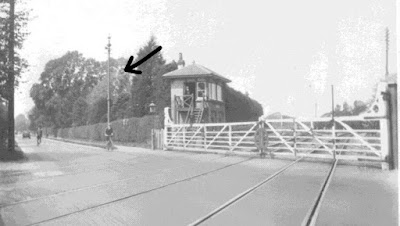 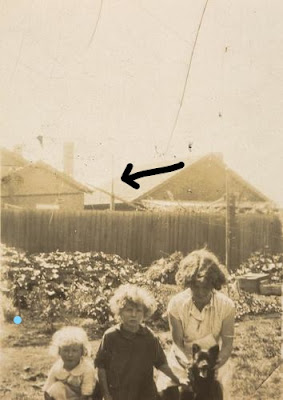 I'm certain that with the right amount of time and patience one could be found in a period photograph, but that would require quite a bit of work. One would have to overlay a map of the known stink pipe locations on a map of Victorian London to find out if any streets or roads have changed names. Then they would have to find pictures of those areas and try and locate them in those pictures. It would be a massive undertaking, but it could be done.
Now, I am the kind of guy that would be interested in doing that, but it would take an enormous amount of time, and it wouldn't add anything to my purposes here. So, for now a picture will just have to remain elusive. We'll simply have to accept that it's something Holmes and Watson would have encountered, but that neither had the good graces to mention.
Anyway, those are stink pipes. Fascinating little bits of Victorian history that were designed to be invisible, and yet played such an important role. If interested, there is actually quite a bit of information about them online, or you can go to London and take a look at some of them youself. (I will if I ever go over there.)

Now, on to other business...

I love doing this blog, but I have found that I just don't post enough on here. So, I'm going to step it up. I'll still bring subjects like this one to you every month, but I'm also going to talk about other smaller ideas, thoughts, and discoveries, too. Doing it once a month takes some doing, but I just don't feel like I'm using it to its fullest potential. There are those of you on here who are not on Facebook, and I want to make sure I reach as many people as I can.
I don't actually promote this blog with the exception of the occasional book blurb or handing out Historical Sherlock cards, but someday I'd like to be able to talk about shirts or bookmarks or pamphlets or maybe even a 100-foot banner pulled behind an airplane at Sherlockian gatherings. You know...little things. So, I'm stepping up the game a bit.

After the last conference I attended it became clear to me that I want to do so much more with this. I have no interest in being recognized for it by any club or organization, I just want to be a go-to person for those with questions and ideas. To help keep the hobby strong and alive. So, I'm going to start making plans about how to make this better.
I'll see you next month. And as always...thanks for reading.
Posted by Historical Sherlock at 7:54 AM 1 comment: