Waiter, There's A Red Hair In My Bubbling Cauldron!

Being the month of October means we have (like most month's) plenty of different cases we could discuss. My database shows at least thirteen to choose from. I think, though, that it would be interesting to take a look at 'The Red-Headed League' (REDH) and all of the problems it has. But, we're not going to be trying to make sense of it, we're going to look at the ways chronologists have tried to work out the problematic timeline. Sound like fun? Well, let's get started.

We won't be looking at all of the people on my list. We can't. See, some of the chronologies I have are just lists. No context. No logic. The kind of thing that makes math teachers crazy - they didn't show how they came up with their answers. (Makes me crazy, too.) But, in order not to make this entry too long, we'll narrow it down to just a handful. The really good ones. The juicy stuff. 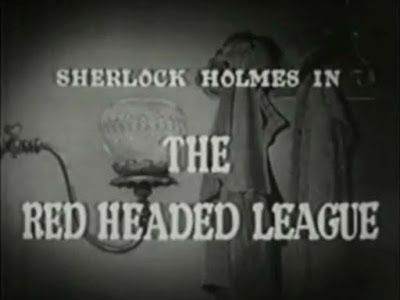 The big problem is this: Watson tells us that it's autumn. Then he mentions a newspaper, The Morning Chronicle, dated April 27, 1890, from "just two months ago." Then we find out 'The Red-Headed League Is Dissolved' on October 9, 1890. If it weren't for the "two months ago" thing, it would all be fine, but the end of April to the beginning of October is not two months, no matter how you add it up. So, what do the timeliners do to settle this problem? Let's start with the Frenchman Jean-Pierre Crauser.
He says: "It should be noted, for the sake of clarity, that Dr. Watson's statement 'just two months ago' is not perfectly correct, since the announcement is published on April 27 and the league is dissolved on June 28. We should read; "It was just two months ago yesterday." However, the expression "just two months ago" may include a certain margin of appreciation and does not necessarily mean two months ago to the day." Crauser also thinks that Watson still had memories of Reichenbach Falls when writing this case (which was published in August 1891) and simply got his times of the year mixed up, AND that he never read his own manuscripts so he didn't catch the error. In addition, he believes Jabez Wilson to be "no longer in his head." So, he places the case on June 28, 1890. 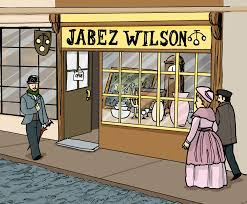 E. B. Zeisler places this case a year earlier. In the case, Holmes tells us that the day Wilson came to visit (after seeing the Dissolved note on the door) was a Saturday. Problem is, October 9, 1890, wasn't a Saturday. It was a Thursday. So, Zeisler adjusts the year. He says the following things.
About the case being published in 1891: "...the story, which was published in August of 1891, begins by telling us that it was 'one day in autumn of last year', and from this [others] conclude that the events took place in 1890. Now this argument would be valid if we knew the story was written in 1891..." (which he doesn't, instead believing it was written a year earlier).
Thus, he discounts 1890, and says that he had already placed 'A Case of Identity' (IDEN) in 1889, and since that case is mentioned at the start of the story, we must be talking about 1889.
About the newspaper ad from April 27, 1890: he believes the date for the ad to be wrong. He believes Wilson's statement about Vincent Spaulding coming to work for him "just this day eight weeks ago" is wrong. He thinks Wilson makes a lot of mistakes in his narrative because he is "certainly greatly upset" and therefore inclined to be wrong. He believes the amount of money Wilson claims he was paid is wrong. (He thinks Wilson was overly excited about the cash, and it clouded his thinking.)
He places the case on August 19, 1889. 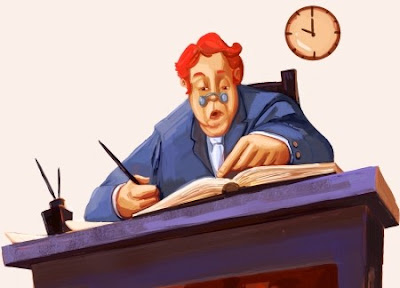 Brad Keefauver has a similar notion about Wilson's facts. He says: "The good doctor occasionally seems to be blamed by chronologists for quoting what came out of the client's mouths inaccurately, when those clients may have been totally in the wrong to begin with. (Think about it - most of them are in no frame of mind to cite accurate dates.)"
This creator of Sherlock Peoria believes all of the dates given are true and accurate.
He adds: "October 9 was the date on that sign. April 27 was the date on the newspaper. Both are physical pieces of evidence presented to Holmes and Watson, and yet Jabez Wilson keeps referring to the interval between as eight weeks, even though the digging of a tunnel and copying of all that encyclopedia material would both fit more comfortably into a twenty-four week span. Plainly, Wilson is lying."
He goes on to date it as October 11, 1890, saying: "October 11 has to be the beginning of the case. "Duncan Ross" just didn't know exactly what day it was when he wrote the sign, or else was a little bit late in posting it after he originally wrote it."
It should be noted that his date is the most agreed upon. Five others have come to the same conclusion (both before and after he did), though each gets there using very different methods. (Too many to cover here, unfortunately.)

There you have the logic of three different people. Settling the dates in this case is a real trial, but everyone has their own ideas about it. Personally, as I mentioned on Facebook earlier this month, I have always had the idea that if  Watson had written "eightEEN" instead of "eight" some problems could be solved. Not all, just some. I wrote about this in 2010 for my local society newsletter, and then reprinted it here on February 28 of last year. My thinking isn't perfect, but the disparity of dates between everyone shows that no one thinks anyone else's is either.

There are some things to think about, though. One - The Morning Chronicle had been out of print since 1865. (Above is the logo from one of the last editions.) How and why did this paper get brought up? Was it a fake edition created just for the ruse that was the League? Did Watson get it mixed up with another paper? Did he intentionally hide the name of the actual paper so readers wouldn't go looking for it? Any one of these is a viable option, but none are absolute.

Two - we have to be talking about October as the portly Wilson comes to Baker Street wearing a great-coat, a frockcoat, a waistcoat, and an overcoat. Guys with a little more heft to their bodies, like me, don't generally need to wrap up quite so much as we have our own built-in heater in the form of bodily fat, but Wilson was dressed like he was going to the arctic. Maybe he was cold-natured. Hard to say, but fair-skinned folk are usually a bit more cold than others. Regardless, it's cold in the story. So, for those who place it in the spring or summer...sorry. Can't be. 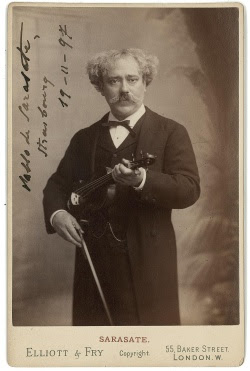 Lastly, and again these are just points to consider, is that Holmes says [Pablo de] Sarasate (the violin virtuoso and composer) was playing in London. Sarasate did play in London in June 1890, lending credence to the June date crowd, but it's possible Holmes just meant his music was being played, not that the man himself was playing. After all, if we say "Spielberg's new movie is being shown at the theater" we don't mean that Spielberg himself is there showing it. (Furthermore, Sarasate had retired to France by late 1890, only appearing annually at a music festival in Pamplona, Spain, after that.)

Looking at the length of this post tells me I've dragged you through the red-headed world enough. Put thoughts and comments in, and let me know what you think. I'll see you other places, and also right back here next month. Appreciate you stopping in, and as always...thanks for reading.

Posted by Historical Sherlock at 11:20 AM No comments: