I'm one of those people who has the unfortunate distinction of being the last to catch on to something fairly obvious. When I mention to others that I just noticed something, I often get those looks that tell me they already did...years ago. However, I'm not swayed by this. Often my brain is working on something else, and sometimes the plain facts about a subject slide right by me. (I'll just think of it as charming.) Why am I telling you this? Well, because this might be one of those times.

What I noticed when I was scrolling through my Sherlockian chronology database's Date Spreadsheet one day was the placement for 'The Final Problem' (FINA) in the timelines. See, each chronologist gets a full page, and each page has two columns just to make it fit and easier to read. (For me, anyway.) I saw that FINA was almost always at the bottom of the first column, or the top of the next. That means it was #30 or #31 on the list chronologically for that person. Here's an example from the online list of Craig Janacek: 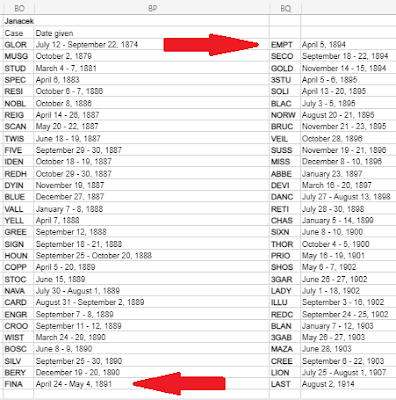 As you can see from the arrows, FINA is #30, and 'The Empty House' (EMPT) is #31. What strikes me as curious about this that almost every chronologist places these two at the midway point in the career of Holmes. FINA was the 26th case Sir Arthur Conan Doyle (ACD herein) published, but we know he didn't think it was going to be the halfway point. He had only been writing about Holmes for six years when he killed him off, and never thought he'd bring him back and then write about him until 1927 (though more sporadically). 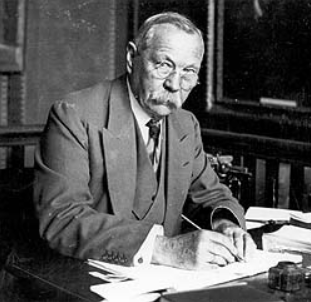 "No, I'm NOT writing about Holmes, thank you very much."
ACD didn't really give a care about details and timelines, and couldn't have imagined that people like me would be sitting here typing about the chronology of the cases so many decades later. So, it just an odd coincidence? Or, do chronologists try and place it as the halfway point? Now, I could go through all of the books again and see if someone says they did, but somehow I doubt everyone did.
Chronologically, it is almost at the halfway point if you consider Dr. Watson's statement about Holmes being in practice for 23 years - a statement made in the penultimately published case 'The Veiled Lodger' (VEIL). And since ACD did date FINA specifically as being in the spring of 1891, he might have done some basic calculation when he wrote that in VEIL. Still, the timeline of the stories didn't matter to him, so that argues that he didn't know. And...and...and...VEIL's action is placed by Watson as 1896, so ACD didn't think the case was set at the end of Holmes's career, thus he couldn't have done that math! 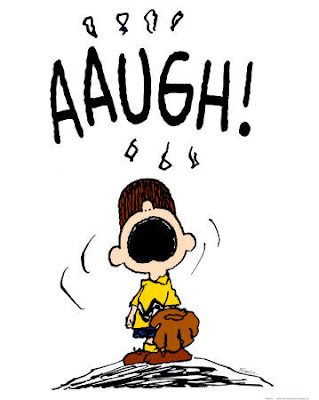 So, what do the chronologists themselves say? Where does FINA fall in each of their timelines? Let's take a look, shall we? I can tell you that of the 33 chronologies I have, three of them present a problem - they're incomplete. The works of Carey Cummings, Ian McQueen, and John Trumbull are not finished. The first two never will be, but Mr. Trumbull only has a couple of stories to go, and his placement of FINA seems to fall in line with everybody else despite this. (He has it as #31.) As soon as he finishes his list, I will update my files, but I doubt FINA will change much.
Craig Marinaro has it in the 25th spot.
Martin Dakin in the 27th.
A. R. Colpo in the 28th.
Mike Ashley, T. S. Blakeney, Gavin Brend, David Marcum, and Toshio Suzuki have it in the 29th slot.
H. W. Bell, the duo of Bradley & Sarjeant, Roger Butters, Steve Englehart, Henry Folsom, the aforementioned Craig Janacek, June Thomson, and Ernest Zeisler place it in the 30th spot.
William S. Baring-Gould's Annotated (his last version), Jean-Pierre Crauser, John Hall, Brad Keefauver, Charles Layng, Chris Miller, the mysterious online blogger The Norwood Builder, Robert Pattrick, Svend Petersen, Edgar W. Smith, and Mr. Trumbull have it in 31st.
Baring-Gould's first attempt put it at 32nd, as does Paul Thomas Miller.
Vincent Delay likes the 33rd.
And Jay F. Christ rounds it out with the 34th spot. (It should be known that he places FINA in 1893, thus the lower [or higher] number.)
So, why am I trying to place it in the midway point of Holmes's career? It doesn't have to be, and nothing about it tells us it should be, so perhaps I'm trying to make it something it's not. If that's the case, then it's just a curiosity. I can live with that, but it still strikes me as odd. (And since I am the type who notices things waaaaay after everyone else does, there might also be a known explanation somewhere I've simply missed. I can live with that, too. I'm used to it.)
I'll be very interested to hear what you all have to say about this. Maybe I'm just pecking away here for nothing, but hopefully someone out there will think I found something kind of interesting. 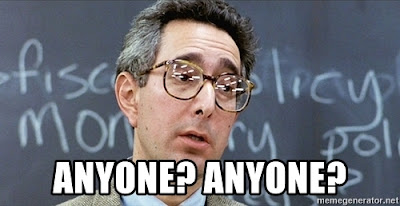 Again, let me know what you think. I truly want to know. Embarrass me if you have to. I'm a big boy - I can handle it. Besides, you all are a large part of the reason I do this. I'll see you next time, and as always...thanks for reading.
Posted by Historical Sherlock at 11:19 AM 1 comment: