The Death Of A Chronology

It it with a heavy heart that I must report a death. One of my beloved thirty chronologies has bitten the proverbial dust. I will use my platform here to tell you about its life...and its demise. It's not easy to write this as my tears are making the keyboard soggy and hard to type on, but I'll power through.

I had always had something nagging me about the Aimee Shu timeline, but I let it slide while accepting that I had found the work of a fellow blogger in Korea. I even talked about it in a post from September 2017. You can read it here.
So, a quick history. Back in 2010, when all this was just getting off the ground, I (somehow) come across a chronological list in Japanese. That led to other pages where the info seemed to be the same. The Japanese list was just years, but the corresponding pages (in Korean - and I don't speak or read either one) (thank gravy for translation software) had months attached. Now it was a party. As I looked further I stumbled upon a blog that had some dates with those months and years. Suddenly I had a new chronology, and one that was not known. I happily added it to my database and life went on. Here it is in its place among other dignitaries... 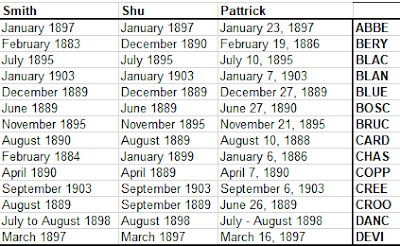 If you read the other post mentioned above, you'll see what I went through to find a name to give the chronology. On one of the Korean pages I had finally saw the name Aimee Shu. I used that as it was the only "solid" link I had. (In all fairness, I have no idea if this was her work or not. For all I know she just designed the blog itself, but I needed a name.) Her list was not hugely different from another chronologist's list, but there were changes, so it qualified as new.
Now, for clarity I'm going to have to designate these timelines with codes so we can keep track of them. So, the original Japanese page will be J1. Its sister page in Korean will be K1. The other Korean page with months will be K2, and the Shu page will be K3. With those in place I can tell you how the chronology met its doom.

The Sherlockian chronology world now has it's own website and newsletter. You can take a look at them here. It's an exciting time as we can share our passion with the world on a larger scale. Recently, while talking to the publisher of the site and newsletter, Brad Keafauver, the topic of the Shu timeline came up. I used it as an opportunity to re-visit it and finally wrap my head around the ghosts that had always haunted me about it. The end was near, but I didn't know it yet.
I started at the beginning with J1. From there I relocated K1 and confirmed they were the same list. The next stop was at K2 - the one with months. Something caught my eye. I noticed a case listed as 1888 was put with the 1887 cases. I switched over to K3 (the Shu list) and saw the same "error" there. I went to my main database and saw that I had recorded it that way. I also noticed that Shu's date was one of those that was totally unique to everyone else's. (A lot of hers were like that. Should've been a red flag, but I guess I was just too blind to see it.) I could tell K3 used the J1, K1, and K2 lists, but she had changed a few things. I wish now I had investigated further.
It should be known that I am famous for ignoring Introductions and opening paragraphs of things, and instead jumping into the meat of the action. As I looked at K3, however, I saw a familiar name in the header info. Here's that paragraph exactly as it appears:
In this timeline, Dr. John Watson's birth date (estimated) to the 100th anniversary of the publication of 'The Scarlet Study' (1887) was carried. It includes important events in the lives of Holmes, Watson, and Arthur Conan Doyle, as well as those included in the blackout. The date mainly followed information from William S Bearing Gould (a famous Sherlockian ^ ^). Gould eagerly researched Holmes' achievements and presumed annals of his life. Most of Watsons' incidents do not change or disclose the date of the occurrence, so the exact date has been debated for a long time. Here we use the date of bearing gould. It is natural that other estimates are possible.
As you can see, the translation is choppy (and I have no idea what she means by "in the blackout"), but gives an important bit when it says that her timeline mainly used that of William S. Baring-Gould's (called BG1 from here on). So, I pulled up his chronology, opened an Excel spreadsheet, and laid all of the chronologies mentioned here side-by-side for comparison. I then went through and highlighted every spot where there was a change between K3 and BG1. I found ten of them. With several of them I noticed that Shu had 01 (January) listed as the month, where nearly every other chronologist in my database had 10 (October) listed, and that no one had January for those cases. I started to feel that the differences in her timeline may be mistakes.
After looking at all of the problems, and applying logic to them, I found three that might be new dates when compared to BG1. However, two matched the findings of other chronologists, so I figured they weren't independent findings on her part. The only one that could be a unique date was for a case which all others said happened in the latter part of a certain year around fall. She had 'August' and that's just not enough of a change for me to believe it a new date.
(I knew that all of the timelines had a close relationship to Baring-Gould's, but I had never noticed his actual name of K3 before. Seems that part of the problem was me not paying enough attention and simply getting too excited about "finding" another chronology. Duh on me.) 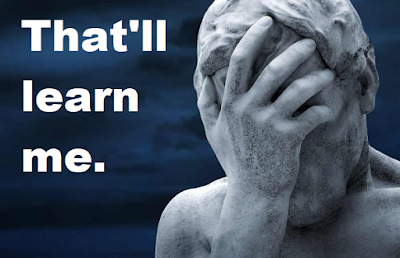 In the end, K3 matched BG1 in 57 cases. Of the remainders - two matched dates from other timeliners, and the third was what I talked about at the end of the paragraph above. The Shu chronology was no more. It was taken from my databases, and dropped me down to a mere twenty-nine timelines. But, in the sunshine of life, that same day I was contacted about another one from someone I'd never heard of, and which is now on its way to my doorstep. So, one door shut and another opened.
To boil it down - four timelines that are connected to each other from across the Pacific were written based upon the work of Baring-Gould, and while I initially believed that the final one was the final word, and a new timeline, it turns out they all mirrored his work almost exactly. This was something that I had either missed, or was unaware had been changed. (See, I can accept that I may have recorded a few of them incorrectly, but not all ten. Also, as before, I couldn't find anywhere that said the page had been updated, so I don't know how these ten differences found their way into the page and my database, but they did. I humbly take all responsibility.) 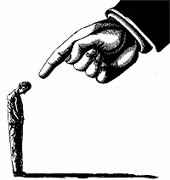 Well, that was a roller coaster, wasn't it? But, I believe admitting mistakes and accepting change is part of the research process, so I am not swayed in any way by this. I'll use it to be better, and to look harder.
Thanks for sticking with this until the end. (Unless, of course, you just jumped to the end. If so, shame on you.) I'll see you next month. Be well, and as always...thanks for reading.
Posted by Historical Sherlock at 9:58 AM No comments: