A Plethora Of Plentitude!

When one considers the rarity of a chronology of Sherlock Holmes it's hard to see how all of a sudden a handful of them can pop up at one time. And yet, it happens. At least it did to me earlier this month. That means you become the beneficiary in the tale of how it all came to pass. So, settle in and get comfy while I thrill you with the tale of the timelines.

Everyone knows that when you're in a small circle of folk who have a shared interest that they tend to pass information around between each other. And it's always incredible to me when a member of our beloved Sherlockian Chronologist Guild sends an email about a piece of the niche I didn't even know existed. I'll bet it happens in our small group a few times a month. And it happened a few weeks ago when I was perusing an edition of our newsletter TIMELINE.
In the back of each is a running timeline (of its own) of chronological occurrences throughout Sherlockian history. I love reading and seeing what is added every month because I love this subset of the main hobby and history and lists. One of the additions, it seems, was about foreign editions of Sherlockian chronological works, and my brain immediately went into "gotta have them" mode. So, I started looking. Within a couple of days I had found a copy of Sherlock Holmes Chronologisch: Ein Wort zum Geleit written by Nino Erne and published in Hamburg, Germany, in 1967. (I called it rare on the Facebook Post where I announced I had obtained it, but I don't really know if  rare is accurate.) 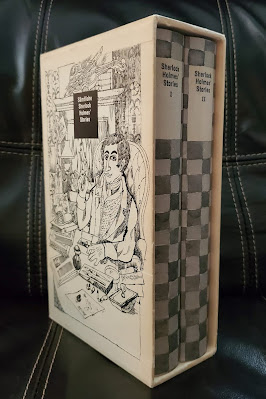 I recalled when I got a French chronology some years ago and about how tough it was to translate the entire thing. Now I had two books, and in a language I didn't know. But I was committed and sit down one night to begin. I started with the Introduction, naturally, and it was there I discovered that translating the books wouldn't be necessary - they were just the stories themselves. The chronology was listed in the front of each volume, and it didn't take much to figure out the cases and the dates (which were months only). Really got lucky there!
Turns out the volumes only contain the short stories and not the novels. I didn't really understand why, but if that's what it was then so be it. Still, I had another partial original chronology. What I didn't have, though, were the other foreign editions in that list I saw. Brad Keefauver had sent me a more comprehensive listing with a bit more info, and I put my mind to seeking them out. In the course of my searching, though, I found two more chronologies. 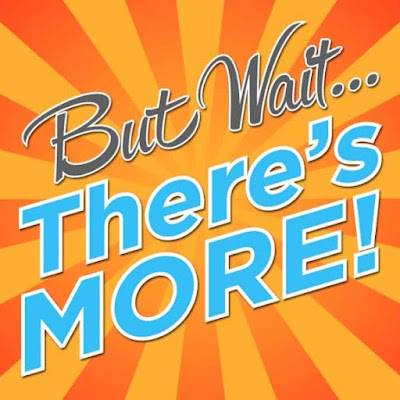 The first one was on a blog called Jujubes and Aspirins. The post itself was dated in December 2010. It's actually just a reading chronology. "I continue in my quest to find the optimal order in which to read the Sherlock Holmes stories," it says. The week before the author had posted a reading order based on the collections (Memoirs, Casebook, etc.) themselves: "The order you would read them if you were to do them by chronology of the characters' lives rather than chronology of publishing." This is certainly what we are all going for, but there was no other context to help determine how that was, well, determined.
The idea of a standard chronological list with which to give others so they can perform the same task of reading the cases in a basic chronological order has been much on the minds of a few Sherlockians lately, so maybe they can take a look at the list here and see if it will work for them. I would be very interested to see how it holds up. Unfortunately, this pseudo-chronology has no dates - it's only about a reading order. Still, it gets included. Perhaps it's even a new type of timeline. More thought needs to be done on my part for such a classification, however. 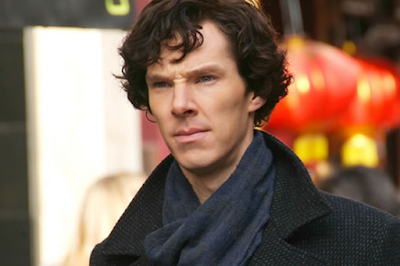 The other one I found was actually on a SHERLOCK site called Sherlock Forum. I was kind of surprised to see a timeline for the original cases on there, but the author had really done their homework and come up with a decent, though unusual in places, chronology. They had gone through each case methodically and came up with dates for each. It's an impressive job. You can see the page(s) here. I've spoken (electronically) to the author and I didn't get the impression she was interested in being a part of the Guild world but felt more that it was just a thing she did. I get that. Still, kudos to her.
I had to make a choice this month for my topic since I had more than one to choose from. I still need to do one about Mr. Keefauver's Sherlockian Chronology Sorting Deck, but there was a small yet interesting development about it in our last TIMELINE newsletter, and I kind of want to see where it goes from there. The other option I looked at was a report about the book by Bruce Harris called Anticipations in D. Martin Dakin's A Sherlock Holmes Commentary. I've read it several times and have some thoughts on it. But they will have to wait their turn as the three chronologies that came my way this month won first place. (These are good "problems" to have, by the way.)
As you can see, the world of Sherlockian chronology can get really exciting at times. (Did I sell that? Did you buy it?) Okay, not really exciting, but still fun and interesting. It amazes me when I find a timeline online that's been sitting there for a decade and was somehow missed by me during one of my many searches for just such a thing. It gives me hope and fuel. If there's more out there I'll find them. It's what I do. 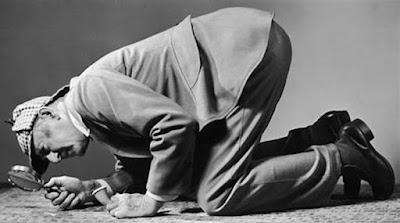 Thanks for getting to the end again. It pleases me that you do. I'll see you next month with one of the two choices above, or maybe even a new one! Take care, and as always...thanks for reading.
Posted by Historical Sherlock at 7:57 AM 4 comments: