The Game Of Hide And Seek's Afoot

Sometimes on this little journey of mine I get to discover a chronology that's just waiting out there for an intrepid seeker (like me) to find. I have now collected twenty-nine of them, and will never stop searching for more. This particular blog post will be about my search for a book that may have contained one, though I had no real way of knowing until I got my hands on a copy. So, that's what I did.

It turns out I had started chasing this book a few years ago, but just kind of forgot about it until something on Facebook jogged my memory. The quest began anew, and within a couple of weeks I had it in my hands. Then, I started mining for the possible gold which lay inside. The book, A Sherlock Holmes Almanac by Svend Petersen (1956), was one I probably would've walked right by at a swap meet. But, his name was one of the ones listed in annotations by William S. Baring-Gould in his landmark publication The Annotated Sherlock Holmes, so that helped pique my interest.

I sent out some questions to a few folks, and my buddy Bob Byrne out in Ohio got back to me and answered them. What he told me convinced me this book had its own timeline, and once a copy was on my desk, I realized just how difficult it was going to be to get that puppy out of the text. Let me explain. 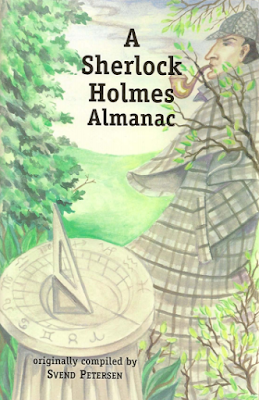 To begin with, the book that most have is a reprint. The original was a mimeographed edition that was a limited run. 100, I think. Well, those copies are hard to find, and very expensive. The reprint, though, doesn't have everything the original had in it, including a list in the back called the Comparison of Authorities. It was Petersen's dates (years only) against five other noted chronologists. The introduction mentions who had an original copy, so I contacted him - Chris Redmond up in Canada - and he was gracious enough to send me pictures of the pages I was after. From there it all began. Seems Petersen did have his own dates for some of the cases. My chronological senses were tingling.

At the top of each chapter (month) is a listing of all the cases that take place that month. I started by putting this into a spreadsheet, but I noticed that A Study in Scarlet (STUD) is listed for both January and February. I found the same with other cases, too. When I made a list of cases and their months, I found several of them were missing. Luckily with my purchase came an e-version of the book, and I was able to do a word/term search for every case. In time, I had something for each month, but not everything felt right. Sometimes he seemed to agree with Baring-Gould, other times he made it a point to say that the dates were according to Baring-Gould...as if he didn't agree. He did the same with Ernest Zeisler, too.

So, I opened an Excel spreadsheet and started typing in every bit I could find for each case. I noticed there were inconsistencies. 'The Blanched Soldier' (BLAN) is listed as 1903 - January 7, to be exact - but in one place it's listed as 1900. 'The Five Orange Pips' (FIVE) is placed in 1889, but in another place the text says 1902. I chalked this one up to that year being in the very next line down, and therefore likely a tansference error. There are about a half-dozen other examples like this, but I think I was able to justify them all. 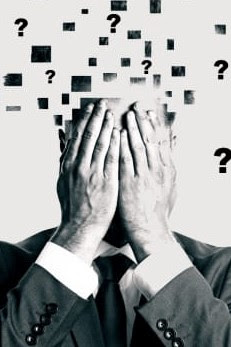 It took me a couple of weeks of working on it (when I had the time), but I feel as though I was finally able to chip away everything that wasn't chronology and have something worthwhile. I still have a few things to do to get it firmly implanted into my database, but I have at least recorded it onto my main spreadsheet so I can work with it however and whenever I need. For now, though, let me share with you what appears to be a hidden chronology which so far doesn't match anyone else's to any large degree.

Now, for the sharp-eyed chronologically-minded, you'll note that 'Silver Blaze' (SILV) is placed in September 1891. That's after Holmes and Moriarty took the Nestea plunge together off Reichenbach. Well, I was confused by this, too, but I checked and double-checked, and in seven individual places Petersen lists SILV as being in 1891. Nowhere does he offer a different year. Now, the September part works, but the year doesn't. Petersen offers no explanation. (It should be noted that Jay Finley Christ places the case just one day before Petersen's on September 3, 1891, but he believes that the Reichenbach fall was in 1893, and not 1891 like most everyone else.) So, I have no way of making this one okay. It will just have to remain an enigma. 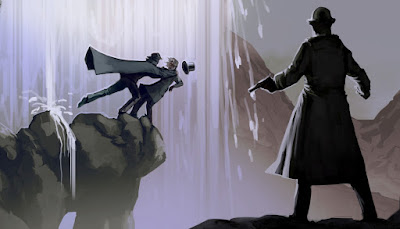 Well, there you go - a totally new chronology that isn't new at all. It's been sitting out there hiding in the shadows. I don't know if other chronologists have this in their files already, but if they do I'd like for them to contact me so we can discuss a few small problems. Until then, I give you this newest addition as I interpret it.

I know I listed the 60 original cases above by just their four-letter designations, but if you need a way to know what some of them mean, just go to any online search engine and put in "J. F. Christ abbreviations" and you'll find a chart to help you out. Thanks for sticking with me until the end. I'll see you on here next month. Have a great holiday season, and as always...thanks for reading.

Posted by Historical Sherlock at 8:59 AM No comments: