Lately I've been thinking of taking on a new project. I do this a lot. I find a new angle on something and I can't help but pursue it until I'm satisfied that I've wrung it dry. I don't actually have the time for anything else right now, but I always say that. I'm a glutten for Sherlockian punishment. Here's what I've been pondering.

Chronologists for the last 75 years have tried many different ways of finding dates for the Sherlock Holmes stories. Sometimes what they come up with is very clever. Other times, it's not. But one thing that isn't used as much as I like is the use of actual occurences in Victorian life that may have played a part. I'm talking about the news stories or city happenings that one doesn't hear about unless they are a die hard researcher who wants to know every single little thing that happened in London during Holmes's time. How did those events affect the cases that came to 221b? Are they mentioned in some offhand way in the case? Would they have caused a particular type of crime to be committed more often and thus bring more cases to Holmes's door? I want to see if there's any correlation.

Over on Facebook I do a post any time a listing for a chronological finding comes up. Very recently I found that Vincent Delay likes 'The Adventure of the Cardboard Box' (CARD) for August 28, 1885. He bases that almost entirely on the death of General Gordon. We learn from that story that Gen. Gordon's "newly-framed picture" is hanging at Baker Street. Now, that doesn't mean that Gordon had just died, only that his picture was just hung. Delay, though, takes "newly-framed" to mean that he did just die, and that the portrait was put on the wall because of that recent death. The says the date for his demise was August 22, 1885. Delay uses Watson's words that it was August, and a Friday. He concludes that the picture was framed and hung (just after the death) on Friday, August 28, 1885. That's the kind of thing I'm talking about. (I would like to point out that Mr. Delay is completely wrong about the death date of General Gordon. I don't know where he got the date he lists, but it's incorrect. However, what he does with this info [though wrong] is use it to help date a story. That's the point of this blog entry today.) 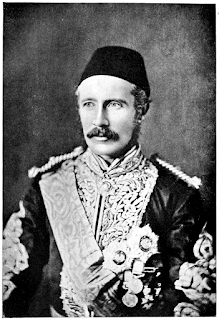 (For the record, there is another possible identity of "General Gordon" - Gen. John Brown Gordon. That Gordon was a Confederate officer, and it seems unlikely that his picture would be at Baker Street, but one or two people have tried to make a connection.) 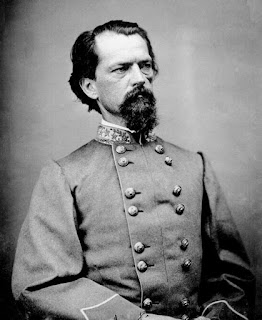 Others have used the Queen's Jubilees, or May Day, or university holidays to come up with dates, and that makes sense in those cases, but I think digging even deeper would be fun, so let's look at some dates.

April 8, 1882 - This is the starting date of 'The Adventure of the Yellow Face' (YELL) according to H. W. Bell. It is also the day that French historian and Joan of Arc authority Jules Quicherat died in Paris. Now, the two probably don't have one single thing to do with each other, but one of the joys of this part of the hobby is that if you want to figure out or make a connection bewteen them, you can. What about the terrible fog that enveloped London on January 9, 1888? It was so bad that it was given the title of "King Fog." Perhaps Holmes wasn't cranky at the beginning of The Valley of Fear (VALL) because he was hungover (part of the speculation that it was because of a birthday celebration) but because of the changing in the weather and the atmospheric pressure. Five different chronologists place the beginning of VALL as January 7 of that year. Maybe Holmes was under the weather. 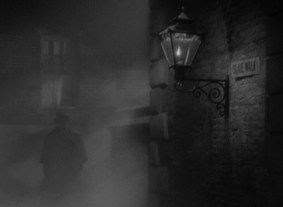 What was Holmes was working on at the beginning of 'The Adventure of the Resident Patient' (RESI)? He was struggling with something dealing with test tubes, and it wasn't going very well. Was he under pressure to come up with an answer to a current case? Perhaps he was working on that of Louisa Jane Taylor. She had been arrested for poisoning on October 23, 1882, and was being held for possible other offenses. Jay Finley Christ believes RESI started on October 25, 1882, so maybe the Parker situation was what had Holmes in such a rush. 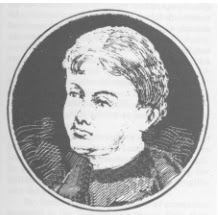 In the story 'The Adventure of the Solitary Cyclist' (SOLI) we find Holmes doing a little boxing. He wins the street bout, and sends his unconscious opponent home on a cart. Jean-Pierre Crauser believes that this case started on April 23, 1898. Two days before that, the United States declared war on Spain. Maybe reading about war got Holmes feeling all manly, and he used his new testosterone high to play a little chin music on someone. Could be right. Who knows? 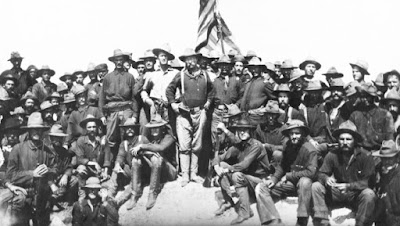 Now, I'm not saying that any of these are accurate, I'm just saying that I think things like this are worth pursuing in trying to help establish a definitive timeline of the Sherlock Holmes canon. One has to look at every possibility in order to do this "job" and I find that nearly all of the chronologies I have collected shy away from doing the research on smaller events that might make a huge difference. I follow dozens and dozens of websites, blogs, and historians, and they all provide excellent information about the times of Holmes, and are an invaluable resource for people like me. It's because of those sites that I was able to write this particular column fairly quickly - all of what I wanted and needed was actually at my fingertips. Research! Research! Research! Data! Data! Data!

A task like this one doesn't happen overnight, so don't be expecting anything to happen to quickly. With 60 cases, and hundreds of different chronological findings from 20 diffrent people, it's going to take some time once I get started. However, as with all of this, it will be a labor of love, and one I will attempt to complete as fast as I can so that the great Sherlockian thirst for knowledge can be slaked.

Once again, thank for reading. I'll see you next month.
Posted by Historical Sherlock at 1:48 PM 2 comments: