Chronological December Is Hectic, Too

I've said before that December can get a little hectic, and I was right. The holidays make any month nutty crazy, but this one seems to be the big kahuna. Still, I'm going to get at least one blog post in. It's my present to you...and you've earned it. You're welcome. So, let's blog about December itself, eh?

First, let's take a look at this from a chronological standpoint: December really doesn't have a lot of Canonical activity. Only five dates are listed in my database, which makes it the shortest month in those terms. February is next with eight. Seems the cooler months weren't a favorite of Watson's to write about. (If you believe the chronologists, that is.)

The cases discussed are: 'Charles Augustus Milverton' (CHAS), 'The Noble Bachelor' (NOBL), 'The Missing Three-Quarter' (MISS), 'The Beryl Coronet' (BERY), and of course 'The Blue Carbuncle' (BLUE). However, that's just for specific dates and stories.

Other less-precise dates are as follows:
Gavin Brend makes the list again with CHAS in December 1882.
***
Then he, Mike Ashley, Edgar W. Smith, and Aimee Shu like December 1889 for BLUE.
***
T. S. Blakeney will only go so far as to say "Christmas-time 1889" for BLUE, but I don't get the impression he always tried very hard to nail down exact dates.
***
Aimee Shu believes that BERY occurred in December of 1890, and also places MISS, and the yet-to-be-mentioned 'The Sussex Vampire' (SUSS), in December 1896.
***
Vincent Delay is the one who puts the 4th on the list above with CHAS, though he also likes December 1897 for 'The Abbey Grange' (ABBE), but doesn't give a specific date.
***
Five chronologists place a non-specific December 1897 on MISS - Roger Butters, Martin Dakin, June Thomson, Mike Ashley, and Gavin Brend.
***
The team of (Alan) Bradley & (William) Sarjeant place 'The Red Circle' (REDC) somewhere between 1902 and March 1903, so they may place that case in December. (Seems like a stretch, I know, but I like to be very thorough.)
***
Vincent Delay pops in again with 'The Three Gables' (3GAB) and says it fell in the range of July 1902 to November 1904, so there again it may have been December.
***
And Jean-Pierre Crauser says 'The Veiled Lodger' took place either in November or December 1902. 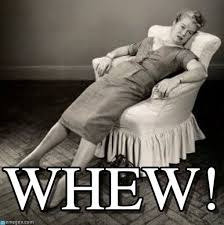 Now, any Sherlockian or Holmesian worth his/her salt knows that BLUE is the big story for December in our hobby. So far no one in the chronological community has been silly enough to place it anywhere else. And everyone agrees it was the 27th, but not everyone agrees on the year.

Here's the disagreements:
The Grand Master of most people's chronological usage, William S. Baring-Gould, places it in 1887. Until recently he was completely alone in this belief. I say recently because a newcomer, one Craig Janacek, places it there, too...although he admits on his blog that he is just agreeing with Baring-Gould.
***
Jean-Pierre Crauser, Vincent Delay, and Carey Cummings (who was planning on publishing a full chronology over time, but has yet to do so) says it was 1888.
***
Fourteen different timeliners place it in the (correct, in my opinion) year of 1889. (If you want the list of names, just email me.)
***
And poor old Jay Finley Christ is sitting out there all by himself with 1890.

So, even if they can't agree on anything else, they all agree that the case occurred in the very late 1880's, and two days after Christmas just like Watson said. 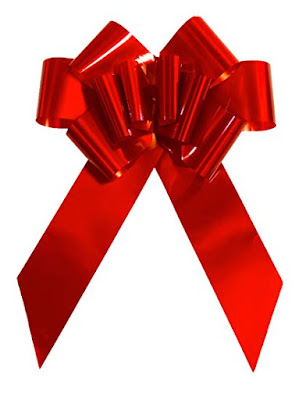 Anyway, to wrap this up in a big bow, let's break it down a bit and take another peak at what the life of a chronologists is like. This one month has ten different cases covering five different dates covering a range of twenty-two years (1882 - 1904) in which eleven are specifically listed.

I would like to point out that I have yet to add Mr. Paul Thomas Miller's newest chronology to the database. (December = hectic...remember?) I will be doing so soon, but after the holidays have passed and life goes back down to a slow simmer.

Thank you for sticking with me all the way until the end. I really enjoy when you do that. I'll try and get one more blog post out this month, but I can't promise it. I'll see you as soon as I can, and as always...thanks for reading.
Posted by Historical Sherlock at 8:47 AM No comments: