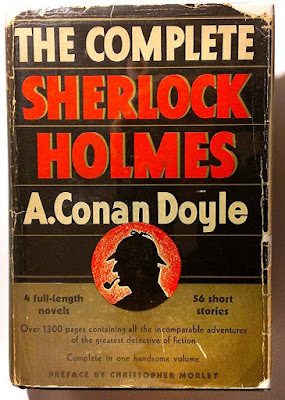 Lately I've been working on a new project that focuses on Sherlockian chronology (imagine that) and I got to thinking about what order the stories would be in if we used just what The Canon tells us. It is possible to come up with a general consensus by using other chronologist's findings, but what about just going straight to the source? Well, let's talk about that.

Watson was infamous for not checking his notes from past cases. He causes all sorts of problems with inconsistencies, so many so that we're still arguing about them. I applaud those who have assembled full chronologies because it means they overcame many hardships. It also means, though, that they had to ignore, go around, explain away, re-calculate, and/or tweak the clues in just the right way to get what they needed. Those with no interest in this part of the hobby like to fall back on the tired 'trust Watson' way of thinking, knowing full well that it doesn't work. But, in the interest of fairness we'll see if we can make something out of what he left us. 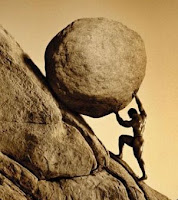 You should know up front that this will not be successful. At least not completely. There just isn't enough in some of the cases to use. I'm talking minimal info. There are actually two cases that don't give any kind of a date at all. With the rest, though, we're going to look at the evidence Watson put directly into the story. We're not going to go too deep. This is just skimming the surface and ignoring the mathematics and situation-juggling that usually comes with chronology. This is the kind of thing you find on a first read-through. (The kind of thing that just isn't good enough for the likes of me.) Luckily, it isn't too hard to start the list.

Nearly everyone agrees that the first three cases are GLOR, MUSG, and STUD. (Jay Finley Christ believes that BERY came before STUD based on weather reports. He is the only exception. To be fair, however, most chronologists place BERY not far after the other three.) So, we can start our list by placing GLOR and MUSG in the first two slots.

Here is the story abbreviation and then what The Sacred Texts say in regards to the date(s).

GLOR - The first month of a long vacation sometime in 1885 (1885 is when Holmes is telling the story to Watson. The actual case took place about ten years earlier when Holmes was in college and was the first he was ever involved in. This may be cheating a bit, but it's okay here, I think.)
MUSG - One winter's night (This is a little tricky: Watson doesn't actually tell us what year Holmes is telling him this story, so we should relegate it to the bottom series of cases at the end of this post, but we know that MUSG is a pre-Watson case and therefore deserves to be up here at the beginning. Holmes tells Watson that the actual action was four years after college, thus it goes in behind GLOR.) 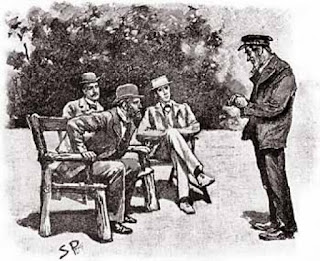 The above cases represent exactly half of the original 60. 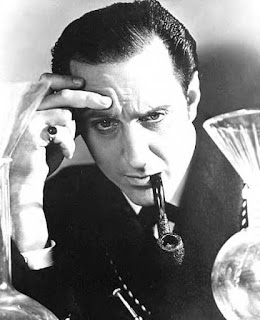 What remains are the ones that give little or no help at all to assist us.
BERY - A Friday in February
CARD - A Friday in August
CHAS - Winter in a "concealed" year
COPP - Early spring
CROO - A Wednesday in summer
DYIN - A Saturday in November
GREE - A Wednesday in summer
MAZA - Summer
NAVA - Late July
REDC - Nothing given
SECO - A Tuesday in autumn in a "nameless year"
SHOS - May
SILV - Thursday
SIXN - More than a year after May 20
STOC - A Saturday in June
SUSS - November 19
THOR - October 4
3GAB - Nothing given
YELL - A Saturday in early spring

What it boils down to is that is isn't possible to construct a chronology based on what The Canon gives us. Trusting Watson just isn't feasible. He just didn't leave us enough to go on, and therefore we can't even compare other chronologists to see who came the closest in comparison. This is where the detective work (so to speak) comes into play: looking for more clues to guide us toward a solid answer to this problem. Many have been called, but only a few have actually finished. But, trusting Watson just doesn't work. The stories where he does give us a "solid" date do not follow an order that has been accepted by a single chronologist. Therefore, we have more work to do. And I'll keep doing it.

Posted by Historical Sherlock at 4:57 PM No comments: