A Big Helping Of Maybe With A Side Of Perhaps

Lately I've been thinking about something. It occurred to me one night just as I laid my head down for some sleep. It actually kept me awake for a bit, and then it was the first thing I thought of (when lucid) the next morning. What about a Sherlockian society for chronologists?

I know there's not a lot of specialty groups out there, but they do exist. And I think they're kind of a cool idea. I belong to one out of Peoria, Illinois. It's a group of us who happen to have the same hansom cab clock. It's called The Hansom Cab Clock Club. Clever, eh? Look us up the internet. We're a small but growing group, and it's fun to belong to even though we've never had a meeting. And there's no actual rules. Well, except that you have to own one of these clocks, and the hands have to be set to 2:21 if you don't have it plugged in. Other than that it's just a harmless little society. We get a newsletter email from time to time, but it's mostly just to let us know of new folks. We even have official membership cards. (I believe I'm Member #008. I think. I'd have to find my card.) But, it's fun to be a part of this select group. This is my actual clock. 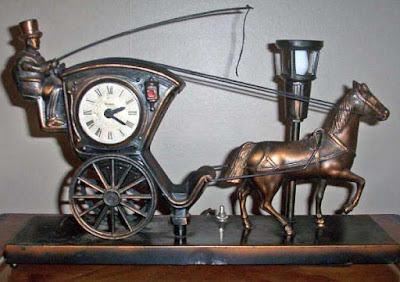 I belonged to another way back in the 90's called The American Firm. Everyone got an investiture name that you got to pick yourself. I chose Breckenridge since he was a salesman, and at the time I was, too. I don't know if they held meetings or not, but they did send out regular correspondence. I'd have to dig one of those out to find out if this was an actual get-together group.
What I'm getting at is that the idea of a specialty group appeals to me. I have heard of one for Sherlockian dentists, one for model makers, one for comic books, and so on. My (now late) friend Meredith Granger started one for cats called The Unequalled Bag of Tigers. They never had meetings, either. 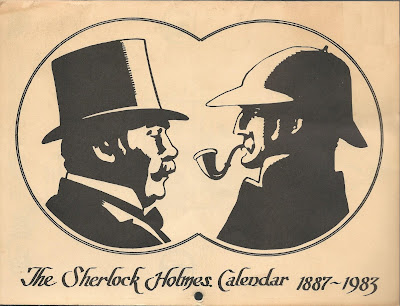 But, my thoughts are for a group who have an interest in chronology. I already have about ten members picked out, a few of whom will be reading this. There would be no meetings that I can imagine, but I am envisioning a newsletter. And not an email newsletter, either. I mean a real one. One with articles, and columns, and ideas, and charts, and reviews. I even know what it would be named: TIMELINE. I don't see it being a monthly thing, but maybe quarterly. And all of us who have an interest in chronology have different parts of it we find fascinating. It would be a melting pot for all of those.

What I don't know yet is what to call it. I keep swirling it around in my brain. Maybe The World Sherlockian Chronologist's Society. Or The Society for Sherlockian Chronologists. I even considered the cute acronym style name where the acronym has something to do with the ideal. The only one I came up with was CL.O.C.K.- CLub of Chronological Knowledge. Might be nice for a club pin, but it doesn't really work too well for a name. (Maybe CLOCK can be used for something else in association with the group.) 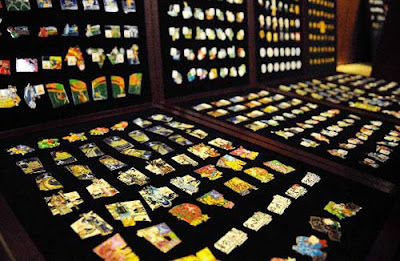 I truly believe that there is enough material for this to become a reality. There are a couple of dozen chronologies, several being worked on, and thousands of findings. The great part is that there isn't a lot of agreement, and many different ways people have come up with their conclusions. See, plenty to discuss. A number of us have databases packed with information, and we wouldn't have to go far or look too hard to find something to write about. David Marcum has a chronology that includes anything Holmes that has a date. The amount of info he has is massive. James O'Leary has a monograph that deals heavily with Watson's marriage(s). Brad Keefauver has some of the most unique ways of thinking for his findings. I like to try and place Holmes and Watson into their actual surroundings, so I go looking for any corroboration for that. We all have different takes. Enough, I think, to use to make this happen.

These are all just thoughts at the moment. My Sherlockian calendar remains steadily full, and something new is always coming up for me to work on. But, since I do this every day anyway, I don't think it would be too much of a burden for me to do something official with it. Hell, it might even get official recognition from the BSI one day. The rest of the Sherlockian world has to take us seriously one of these years. 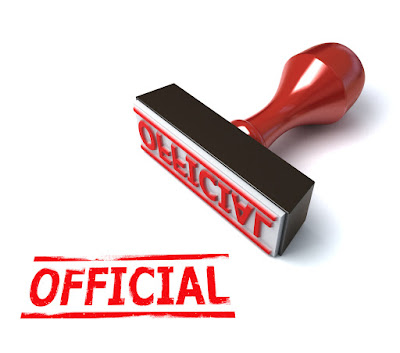 So, what do you think? Let me know in the Comments below or shoot me an email at historicalsherlock@gmail.com. You can also PM me on the Facebook HS Page if you'd like. I look forward to hearing from you.

And, as always, thanks for reading. See you next month.
Posted by Historical Sherlock at 8:12 AM 3 comments: