Recently I became involved in a conversation over on Facebook about a particular chronology book that I own but do not feature on the Page or here. That book is A Day-by-Day Chronology of Mr. Sherlock Holmes: According to Zeisler and Christ by William. S. Dorn. The reason that I don't talk about it is because it doesn't strike me as an actual chronology. Dorn just takes the info from one person (Zeisler), uses another (Christ) for small holes in the timeline, and then uses his own logic to date only one story - 'The Adventure of the Three Gables' (3GAB). So, let's examine this knotty problem.

To begin with, let me admit that I do allow another chronology like this to be used in my work. A man by the name of Robert Pattrick published one in the Baker Street Journal (BSJ) in March 1963. He also used the chronologies of others to come up with a timeline, and only offered up one date that no one else had. The big difference is that he used ALL of the existing chronologies at the time to come up with his own. Nine of them. The one original date he used (for 'The Adventure of Wisteria Lodge' (WIST)) came from an article also in the BSJ from 1951 by a man named Rolfe Boswell. So, technically he doesn't use any dating of his own. Dorn did. But I still struggle with accepting Dorn's because he admits that he just plain uses E. B. Zeisler's chronology for his book, and that of J. F. Christ "who fills in a few gaps left by Zeisler." He also says that the only reason he came up with his own date for 3GAB was because neither Zeisler nor Christ had. So, I don't find his book to be an original work. 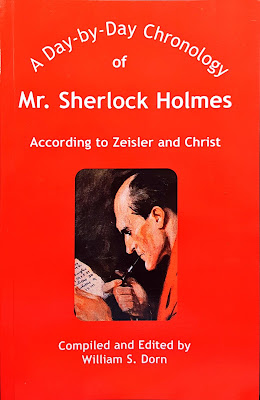 Mr. Pattrick, on the other hand, had to go through all of the known chronologies and decide which dates made sense to him and worked for his timeline. That sounds more like research to me. Having said all of this brings me to my actual topic for this post - the different kinds of chronologies. Let me explain.
All of the ones I have fall into sub-categories. At least I think they do. Not all are what I'd call "true" chronologies. A true one, to me, is one that tells us the logic and reasoning behind one's findings and is just about chronology. An "extended" one has the logic and reasoning, but is also a clearing-house for all sorts of Canonical problems. An "unrevealed" one doesn't tell us any of the logic at all, just dates. And an "imitation" uses other people's dates entirely, or almost entirely, to create a timeline. This is where I would place Mr. Dorn's book IF it were used in my work. 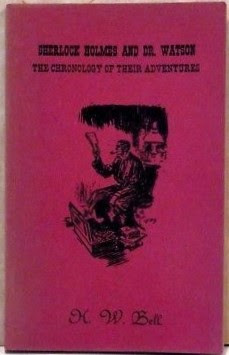 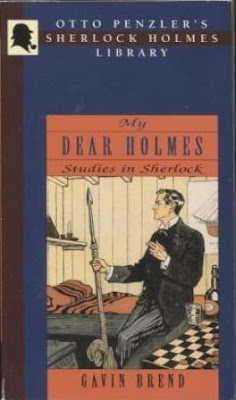 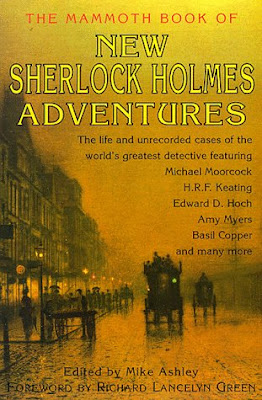 UNREVEALED
A Complete Chronology of Sherlock Holmes Cases by Mike Ashley (This was actually Appendix 1 of an anthology titled The Mammoth Book of New Sherlock Holmes Adventures)
Dr. Watson and the Great Censorship by Edgar W. Smith (published in the Baker Street Journal in 1952)
The Cases Chronological Table by Aimee Shu (exists online only)

IMITATION
A Sherlock Holmes Chronology by Robert R. Pattrick (published in the Baker Street Journal in 1963)

Now, if I were so inclined I could also come up with subcategories here to make the whole thing even more convoluted, but I won't. I could talk about how Bradley & Sarjeant agree with Baring-Gould most of the time, but often when they don't they like Dakin. I could mention that Keefauver considers Zeisler 'The King of Chronology' and goes along with a lot of his logic, but doesn't always come up with the same dates. I might point out that Christ has a lot of "but's" and "however's" under his chronological findings that show he isn't always convinced of his dates.
I could also make sub-categories based on how the chronologies are made. Whether the stories are solely plotted against each other, or if internal evidence is used, or if both are figured in. Yeah, it could get messier. And the above lists may continue to grow as I do have two more, as you'll recall from my September blog post, that I haven't decided are original works yet or merely imitations. (Hey, a guy gets busy, ya know?)
In order to solve the question of whether they're imitations or not, I'm going to have do some study into chronology comparisons. It's going to take some time, but I don't mind. However, you'll have to wait. The filing and paperwork will take months. 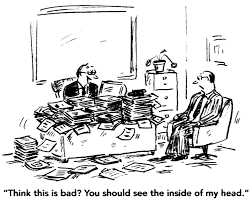 I do all of this becasue I love this part of the hobby of Sherlockiana. I am not desiring to be a world's authority on this subject, but to be able to answer any question about it at any time in any situation anywhere. As such, I still have a lot of work to do. One doesn't just have the ability to answer those questions because they have a bunch of chronologies - one has to do the work of sorting it all out. We're talking about files and notebooks and binders and notated tabs and categories and sub-categories and sub-sub-categories. It's madness. And it may be something I can only use a few times in my Sherlockian life, but I don't mind. One day chronology will be recognized for it's (very important) place in this world, and I can only hope that my work can benefit future Sherlockians. So, I'll keep working. In the words of Stephen King: "If you disapprove, I can only shrug. It's what I have."

(On a quick side note...my speaking calendar for the coming year seems to be more open than usual. Changes in management at certain gatherings have caused me to be listed as only a back-up. Not that that's a bad thing. So, if you know of a group or gathering that could use a speaker let me know and I'll see what I can do.)

Thanks for reading. See you next month.
Posted by Historical Sherlock at 7:46 AM No comments: