Back in December my post was about the possibility of a society just for chronologists. It was just an idea, and a fun one at that, but no more. Well, after talking it over some with Brad Keefauver (of Sherlock Peoria fame) it has gained more strength.

Now, I'm not saying that it's a definite thing, but when you have someone whose stature and reputation in our corner of the hobby tells you it's not a bad thought, you start thinking about it with a bit more intensity. See, The Brad was in Indianapolis for a stopover before attending the gathering in Dayton known as Holmes, Doyle, & Friends. This was the fifth conference under that new title, and it promised to be a good one. So, he wanted to get together and talk chronology (and anything else Holmes we could think of). We tried really hard to go book shopping, but without success for a number of reasons, so we went to a restaurant with a bar and drank and ate and drank. It was great, and such a wonderful thing to be able to chew the fat (if you will) with another chronologist. However, I'm really bad about taking pictures of events, so I had to find a stock image of two guys who are just as good-looking as we are to represent us. 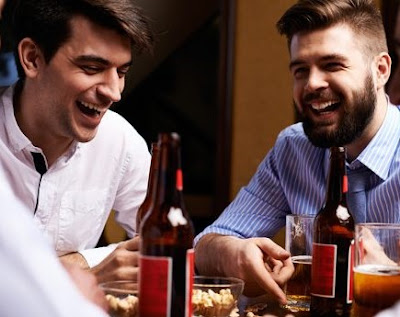 We spent the better part of five hours discussing different ideas we were working on, and about this new idea. While mulling over the thought of a chronological society, we also talked about who might be in it. As with most things, we both had candidates that we liked, and others we had to debate a bit. No one was excluded, however.
We also discussed what meetings or a gathering of we faithful might be like, and whether or not they were even feasible. (Turns out they probably aren't, but it's a fun thought to entertain.) The newsletter came up, and the possibilities that come with it. Basically, the entire evening was spent enveloped in chronological conversation. We rarely stepped outside of it.
Once over, Brad asked me to help him out with a podcast that he created. 'Sherlock Holmes Is Real' is his newest baby, and all for fun. I invite you to check it out, and just keep in mind that it isn't your typical kind. I did my part as Historical Sherlock, and he managed to get it 'on the air' with an extra bit at the end that sprang from an idea I planted without knowing it. Here's the link to my episode:
http://sherlockholmesisreal.libsyn.com/episode-nine-vincent-wright-and-real-watsons

The next day we, and about 50 others, attended the conference in Dayton, and it turned out to be a pretty good day. It was the first time in five years I didn't present, but I welcomed the change and was merely an observer. The papers/presentations were varied and well done. One of the papers even had a chronological hint in it, and the ensuing conversation about it was very interesting. (It had to do with another of my favorite subjects - Jack the Ripper. For the most part, I'm not a fan of the whole Holmes/Ripper thing, but this one was very well thought out, and it raised some really interesting possibilities. More on it later this year.) 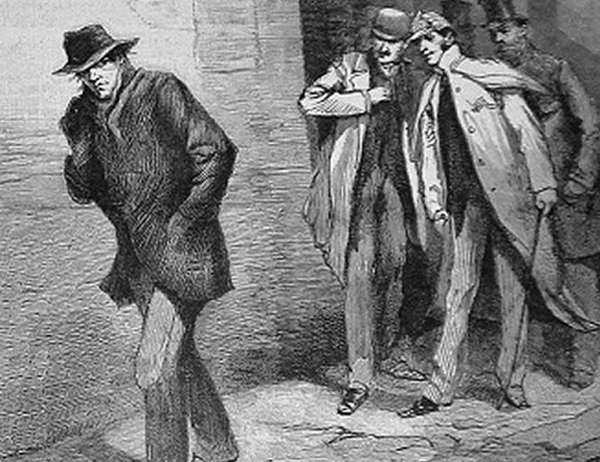 I was also approached by a gentleman I just met for the first time last year, and his interest in chronology is refreshing. (Hi, Mike!) It's fun to have a new name and face in this part of The Game, even though he always says he's not "on my level." Including him, which I will happily do, would bring the number of prospective first members to about a dozen. I can also think of at least ten more who would have a nominal interest. And then we would have to have a Hall of Fame for those who came before us and are gods in the chronology world. (A few of them are still alive, too!) So, it looks lIke I may have to give this some serious thought. Which I will.
Stand by, everyone. We'll see what happens. And as always...thanks for reading. See you next month.
Posted by Historical Sherlock at 6:35 AM 1 comment: