"Listen! You smell something?"

Very soon the chronological world of Sherlock Holmes is going to see some fireworks, but until then we need to stick to business as usual. Sorry to tease, but I wanted you to know without you actually knowing. So, let's take a look at something I've recently been working on. Now, I had a post about this back in July 2019, but the one reference book I wanted to use was mislaid, and it wasn't until recently that I found it. (Odd how that can happen in a sea of books, right?) Anyway, I want to examine the olfactory world of Holmes...again. Oh, and the title of this blog post is a Ghostbusters quote. I thought about using 'Some Ink About Stink' but figured the other was funnier.

We're going to talk about one of the last cases mentioned in my Facebook Posts last week - 'The Abbey Grange' (ABBE). There was some division about it's placement on the calendar, but we're going to look at something that is said right up front in the story.
"The first faint winter's dawn was beginning to appear, and we could dimly see the occasional figure of an early workman as he passed us, blurred and indistinct in the opalescent London reek."
How's that for descriptive? Watson doesn't say it was foggy. In fact, the word (in any form) doesn't even appear in the text. He says the figures passing were indistinct. Blurred. And that the "reek" was opalescent. Now, whenever I look out at a foggy day (since I don't think I've ever seen air so thick I could describe it any other way) I often note the darkness or thickness of it, and sometimes it's different colors because of the time of day it's happening. I guess the word "opalescent" could apply, but it isn't usually that varietal in hue. 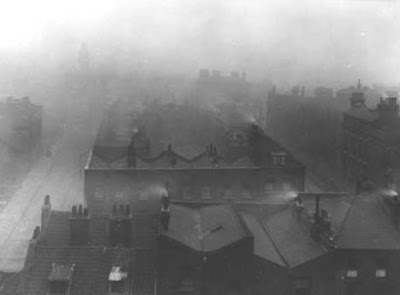 What, though, would cause such a thing? Well, we know part of the color would be fog. London's famous for it, and the city will never outgrow that relationship. Being out in it was a bad thing, and it has been so bad before that people have died from it (for one reason or another). Another ingredient would have been smoke. According to the dictionary I used, the word "reek" can be used in a Scottish way to mean "smoke." That may have been what Watson meant, but I doubt it. Steam would've been a part of the blur, as well, and the combination of these three things alone would've made a pea-soup (as it was described) of the air.
Other things that might have been mixed in would be chemicals from manufacturers. Holmes and Watson were boarding a train at Charing Cross Station. That's right next to the Thames - and we know how clean THAT was. Not far away was a "horse mart." That term is a bit misleading, but it should be known they weren't very pleasant areas. Especially for the horses. The manure and carcasses would add to the smell, and possibly the thickness of the air.

Also nearby was a hospital. While much improved by then, still not great places as far as smells and waste (human and medical) disposal. Directly across the river was a brewery. And mills of all kinds. Put their outputs together with all the coal and coke being burned by watercraft and the smell was probably unique (to be nice about it).
But what of the word "reek" and its use here? We know what it means as a verb, but The Good Doctor uses it as a noun. A thing. "A foul smell" as my dictionary says. But Watson gives it an almost living quality. It was engulfing everything and making the world hazy. As I understand it, a lot of clothes in the Victorian world would've been made of wool, especially in the winter (during which this case is indisputably set). Imagine the odors that stuff soaked up. You would've carried all of this home with you. And that's after possibly getting on a train filled with people puffing away at anything they wanted. It's mindboggling to say the least. 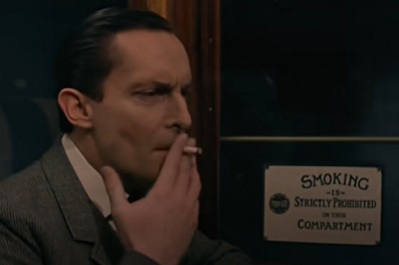 The Charing Cross Station area was not necessarily a dirty one. It was home to a lot of upscale buildings and clubs, so you wouldn't run across the usual filth of the poorer areas. But, one of the major advancements then were the sewer systems going in. They would help with the transport, collection, and storage of the waste...but what about until completion? Even afterwards they weren't totally efficient as evidenced by the stink pipes all over London. And that's for the human waste. We've already touched on horses, but what about rats down by the wharfs? Feral cats? Dogs? Tanneries were using dog droppings to work their skins, but they called it "pure" in order to hide what it really was. (The word was also used because it made the hides pure and clean of chemicals.) Children were hired to collect the droppings, and the fresher the better. Stomach churning. And to think of how those children smelled...and on top of their possibly already bad odor from being unclean.

What I'm getting at is that this one sentence brings up an incredible way to look at the world of Holmes and Watson and what they encountered. They would've considered it normal. We wake up and check the weather. Look out the window. Make a judgement on outfits when we go out to collect the paper. (People still go out to get the paper, right?) They, and the millions around them, would've had to take this "reek" into consideration. Grab a scarf or hankie to cover their mouths. Maybe wear the second-best hat instead of the good one. Perhaps a strong cigar for the commute to help combat the smell. Maybe a tin of lavender mints. More toilet water. (Cologne and/or perfume. Imagine what I thought of that term before I knew what it was!)
This one description from Watson was the impetus for researching the area to find out what would cause the air to be so thick and unpleasant. I looked up maps and newspapers to see what was around. I got to read about "horse marts" and what they entailed. (No pun intended.) And all of that was because of one line from one case. That's why I love this subset of the Sherlockian hobby. It gives me a chance to do these very things, and to be able to use that information in the dating of a case. Perhaps one day I'll get into the actual chemicals and substances used in these places, and how they affected the environment. 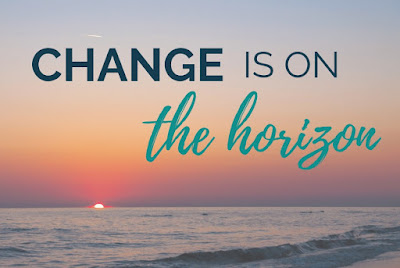 I really think the new things coming to Sherlockian chronology I mentioned up top will be a great thing. It's starting out as just a couple of people working on it, but soon it will encompass a lot more. I'll let you know more when I know more. I'll see you next time, and as always...thanks for reading.
Posted by Historical Sherlock at 8:56 AM No comments: